How To Build The Perfect Home Theater

Every home theater starts with a screen. And everybody wants the biggest they can fit in the room. With the latest in 4K picture quality, home theater owners can sit closer to the screen than ever before. The reason for the acceptable closer distance for 4K Ultra HD TVs is pixel size. The pixels on the screen are much smaller in relation to the screen size, making it less noticeable at closer viewing distance. In the end, we can install jaw-dropping televisions and home theater screens in smaller rooms.

Some homeowners make the mistake of buying a television that’s too small for the room. This situation is much more common than buying a TV that’s too big. Today’s 4K UHD televisions don’t have the same large bezel that their plasma television predecessors did. For example, it’s quite easy to fit a 65″ television in the same space that could only manage a 55″ television a few short years ago.

Base your TV or projection screen buying decision on the combination of budget, what looks best to you, and is comfortable for your eyes in relation to your room.

Once you’ve selected the proper screen size, you can start making decisions on the other factors that go into the best home theater system.

A standard home theater system contains five speakers and one subwoofer. That’s where the monicker 5.1 surround sound got its name. The subwoofer receives the .1 designation. Now that you understand what it means, it’s easy to know how many speakers a 7.2 or even a 9.2 home theater contain.

But for the sake of conversation, let’s go back to 5.1. When we look at these speakers, they all have a role to play. In this home theater set up, there are three speakers in the front and two in the rear. The three front speakers are doing the heavy lifting. They’re responsible for over 90% of the dialogue you’ll hear during a movie. To be even more specific, let’s imagine that we’re watching a film with three characters on the screen. The main character is in the center of the screen, and he has an actor to the left and right of him. What we’ll hear is our main characters voice from the center speaker, and the other actors from the left and right front speakers. That’s just the beginning of the home theater experience.

Enter the surround sound speaker (the rears). These speakers are responsible for the sounds that the production company puts in the movie to make you think what you’re watching is real. Bullets are whizzing, dogs barking in the background, even the flutter of a birds wings. The rear surround speakers deliver these sounds.

Now that we understand what each speaker does, let’s talk about the speakers themselves. There are three main types of speakers that custom home theater installers use on a regular basis, floor-standing speakers, in-ceiling, and in-wall speakers.

In-Wall Speakers- These speakers are more popular than ever, and with advancements in the design, there are some incredible sounding in-wall home theater speakers on the market. Using in-wall speakers with an acoustically transparent screen and you have a recipe for a clean, modern look that allows you to maximize your screen size.

Subwoofers- When you’re designing a home theater, you want a subwoofer that has some punch to it. The subwoofers at the big box store that quietly vomit bass onto the floor can ruin your home theater experience. Nicely designed subwoofers will reach up and smack you in the nose, and then disappear into the ether as quickly as they appeared. That’s what gives the movie depth and brings it to life.

When you’re buying a home theater receiver, you may not initially use or completely understand all of its features, especially at the mid or high-end range. Today’s home theater receivers have several surround sound decoding and processing formats, speaker configurations and networking options.

You may think that you’ve paid for features that you may never use. However, what you want to keep in mind is that a home theater receiver is the “brains” of your home theater system. The smarter it is, the better off you’ll be in the long run. It will be able to handle future upgrades, many inputs, and will pay for itself over time. We almost take for granted that we’re living in the Golden Age of technology, buying a home theater receiver that offers more than you need right now may just give you a cushion against obsolescence and additional costs. In short, don’t skimp on a quality receiver.

There are a number of streaming devices on the market. From AppleTV to Roku, and more. Most of these devices offer 4K functionality. You’ll want to make sure whichever streaming device you go with, it’s up to the task of providing a 4K quality picture. You’ll also want to be certain that the device you choose supports your favorite streaming service.

When you’re designing a home theater system, don’t take for granted controlling your system. First, you’re going to have multiple devices from a television or projectors, to a cable-box, av-receiver, streaming-device, blu-ray player, streaming-device installed. Now imagine fumbling through a basket of remote controls in the dark trying to find the proper button to push. Let’s just say it would literally take the entertainment out of your entertainment system. That’s where a univeral remote control comes in. A univeral remote control can control everything in your system, and even things outside of the system such as lights, temperature and more. Professionally programmed universal remote controls from companies like Control4 can make your home theater experience fantastic from start to finish. 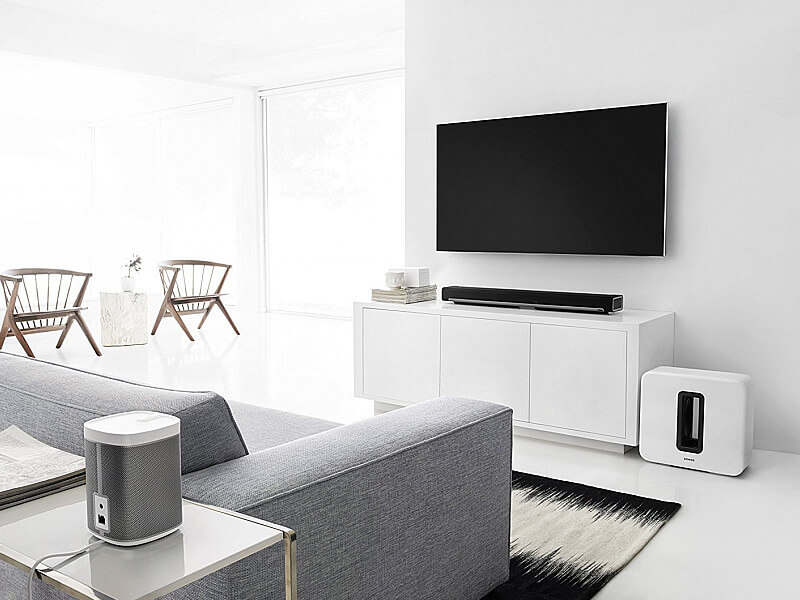 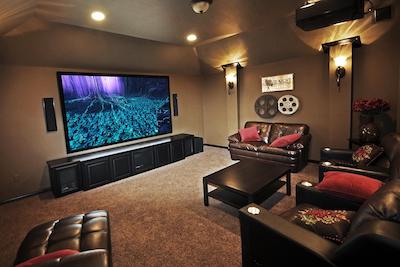